There are many federal, state, and city laws meant to encourage whistleblowers to report fraud against the government and protect them from retaliation when they do. The federal False Claims Act allows whistleblowers – “relators” as the law refers to them – to file whistleblower actions against federal contractors for fraud against the government. If successful, the relator may receive a portion of the recovery. Many states and cities, including Michigan, have also enacted whistleblower statutes. Recoveries can be substantial and many of the statutes, including the federal statute, provide for treble damages.

Most state False Claims Acts and the federal False Claims Act also prohibit an employer from harassing or retaliating against an employee for attempting to uncover or report fraud against the government. If retaliation does occur, the whistleblower may be awarded back pay, two times the amount of back pay, litigation costs, and attorney fees.

Successful whistleblower cases have been brought by whistleblowers and their whistleblower attorneys against many types of professionals – defense contractors, research scientists, doctors, nurses and other medical professionals – anyone who possesses inside knowledge about a fraud against the government can file a claim as a relator. The kinds of claims made span the spectrum as well. Cases have been brought for overbilling the government for goods or services, for billing for goods or services not provided, for preparing a false record or false statement in order to get a fraudulent claim paid, for making a false statement to avoid paying a debt to the government, for falsifying research results, and for manipulating procedures, such as upcoding and bundling or unbundling billing codes, in order to overcharge the government.

In 2010, Congress enhanced the Securities and Exchange Commission’s (“SEC”) whistleblower program with the adoption of the Dodd-Frank Wall Street Reform and Consumer Protection Act. The amendment, among other things, increases the amount of whistleblower awards payable by the SEC to those who provide the SEC with information concerning violations of the federal securities laws.

There is also a law that rewards individuals for blowing the whistle on tax cheats. Under the IRS whistleblower program, a whistleblower may receive a reward of 15-30% of the amount the IRS collects as a result of information about tax fraud provided to the IRS.

Meroueh & Hallman LLP is dedicated to providing experienced, dedicated, and aggressive representation for whistleblowers looking to blow the whistle on those who commit fraud on the government or who violate the tax laws and the federal securities laws. The Firm’s whistleblower lawyers have extensive experience providing legal advice and representation to individuals filing lawsuits against persons and entities who commit fraud and other wrongdoing.

The Firm’s whistleblower attorneys will use their experience to assist you in blowing the whistle on those who commit fraud or violate the tax laws or federal securities laws.

Call us at 313-582-7469 for a confidential consultation with our Michigan Whistleblower attorneys. 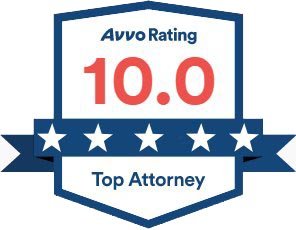